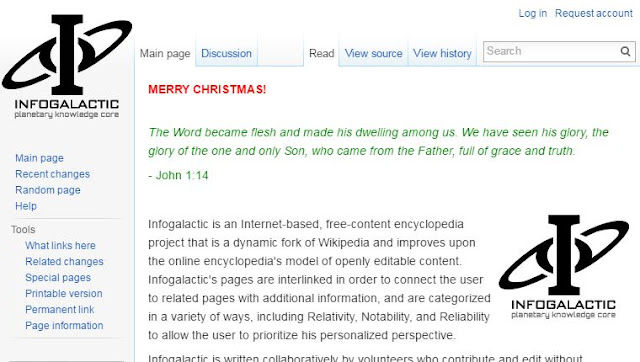 Email ThisBlogThis!Share to TwitterShare to FacebookShare to Pinterest
Labels: alt-tech, jesus is lord

I was talking with Treebeard the other day, and it seem quite clear to us that the nations were created by God at the incident at the tower of Babel. Prior to that there were no nations, just Man.

Previously, Man had become so thoroughly wicked that God destroyed them all, except one man, his wife, their sons, and their son's wives. Then, after being somewhat fruitful and multiplying, Man again became exceedingly wicked. This time, their disobedience included defying the following specific command from God.

And God blessed Noah and his sons and said to them, “Be fruitful and multiply, and fill the earth." (Genesis 9:1)

“As for you, be fruitful and multiply; Populate the earth abundantly and multiply in it.” (Genesis 9:7)

God specifically told Noah to fill the earth, which would require that they spread out. But, a few generations later this is what Man was thinking.

Now the whole earth used the same language and the same words. 2 It came about as they journeyed east, that they found a plain in the land of Shinar and settled there. 3 They said to one another, “Come, let us make bricks and burn them thoroughly.” And they used brick for stone, and they used tar for mortar. 4 They said, “Come, let us build for ourselves a city, and a tower whose top will reach into heaven, and let us make for ourselves a name, otherwise we will be scattered abroad over the face of the whole earth.” (Genesis 11:1-4)

God noticed Man's rebellion and took the matter out of their hands by breaking them up into groups based on new languages that He created for them.

The Lord came down to see the city and the tower which the sons of men had built. 6 The Lord said, “Behold, they are one people, and they all have the same language. And this is what they began to do, and now nothing which they purpose to do will be impossible for them. 7 Come, let Us go down and there confuse their language, so that they will not understand one another’s speech.” 8 So the Lord scattered them abroad from there over the face of the whole earth; and they stopped building the city. 9 Therefore its name was called Babel, because there the Lord confused the language of the whole earth; and from there the Lord scattered them abroad over the face of the whole earth. (Genesis 11: 5-9)

No longer being unified under one language (and, I would surmise from the context, one culture), the new language groups went their separate ways. From this break-up the nations, their cultures, and races (genetically distinct groups resulting from population isolation and inbreeding) arose.

This was God's doing. It was a judgment against Man, but He did it for Man's good. It prevented their continued disobedience to the command to fill the earth, and it restrained the degree of evil to which they could attain. (v.6)

Ever since, God has directed the nations according to His purposes, a notable example being Cyrus the Persian. God used Cyrus and the previously non-first-rate power of the Medes and Persians to conquer the known world, supplanting and executing judgment on the Assyrians. Isaiah 44 and 45 make it clear that it was the Lord's doing. Not only did He raise Cyrus up, but he softened his adversaries so that his victory was easier.

Throughout Scripture, God calls the nations by name and directs them as he wills. He created a new nation through one man, Abram, to be his People.

Furthermore, there is no indication whatsoever in Scripture that the nations will ever cease to exist or that the dissolution of the nations is something that God intends or for which God's People should strive.

To the contrary, God gave as his Great Commission to His Church the task of redeeming the nations and reconciling them to Him.

And Jesus came up and spoke to them, saying,“All authority has been given to Me in heaven and on earth. 19 Go therefore and make disciples of all the nations, baptizing them in the name of the Father and the Son and the Holy Spirit, 20 teaching them to observe all that I commanded you; and lo, I am with you always, even to the end of the age.” (Matthew 28: 18-20)

Now all these things are from God, who reconciled us to Himself through Christ and gave us the ministry of reconciliation, 19 namely, that God was in Christ reconciling the world to Himself, not counting their trespasses against them, and He has committed to us the word of reconciliation. 20 Therefore, we are ambassadors for Christ, as though God were making an appeal through us; we beg you on behalf of Christ, be reconciled to God. (II Corinthians 5: 18-20)

The reconciliation that God's People are to proclaim is that between the World (the nations) and God. It is the nations who are to be the object of the church's ministry and teaching. Nowhere has He directed the church to work to eliminate the nations, to pretend that they are somehow illegitimate or unfortunate, or to consider them to be anything less than His creation for our good.

The nations also will still be present at the end of all things. "the peoples and tribes and tongues and nations" are present throughout the events described in the book of the Revelation of Jesus Christ. So, any effort to eliminate or unify the nations is not only contrary to God's plan, but is obviously futile. And, if dividing the nations restrained evil, seeking to unify them is to seek to increase evil.


22 I saw no temple in it, for the Lord God the Almighty and the Lamb are its temple. 23 And the city has no need of the sun or of the moon to shine on it, for the glory of God has illumined it, and its lamp is the Lamb. 24 The nations will walk by its light, and the kings of the earth will bring their glory into it. 25 In the daytime (for there will be no night there) its gates will never be closed; 26 and they will bring the glory and the honor of the nations into it; 27 and nothing unclean, and no one who practices abomination and lying, shall ever come into it, but only those whose names are written in the Lamb’s book of life.

1 Then he showed me a river of the water of life, clear as crystal, coming from the throne of God and of the Lamb, 2 in the middle of its street. On either side of the river was the tree of life, bearing twelve kinds of fruit, yielding its fruit every month; and the leaves of the tree were for the healing of the nations. 3 There will no longer be any curse; and the throne of God and of the Lamb will be in it, and His bond-servants will serve Him; 4 they will see His face, and His name will be on their foreheads. 5 And there will no longer be any night; and they will not have need of the light of a lamp nor the light of the sun, because the Lord God will illumine them; and they will reign forever and ever. (Revelation 21:22 - 22:5)

This is a vision of the nations in submission to and reconciled with the LORD.

The point of all this is that Treebeard and I were wondering why there are such negative assumptions flourishing regarding the current trends away from multiculturalism and globalism and toward nationalism.

Secular Progressivism has been trying to recreate the pre-Babel world for decades, and it is understandable why the enemies of God would be opposed to His ordering of the world, but why do so many in the evangelical church also seem to share this agenda?

Posted by Oakthorn at 5:37 PM No comments: